Domestically, we care about villagers living next to Nature Reserve; Internationally, we recognized the front-line rangers who dedicate their lives to wildlife protection in the far distant African continent. We treasure every parcel of land in the world as well as the creatures that inhabit it. We also pay attention to the ocean, which covers 70% of the Earth’s surface.

Nature Reserve
We focus on three aspects: key habitats conservation, livelihood development through eco-products, and nature experience for the public.

Nature Education
Urbanization has gradually moved people away from nature, and the nature-deficit disorder is increasingly prevalent. We hope to change all this through nature education.

African Ranger Awards
Africa boasts of the world's richest wildlife resources, but every year there are rangers who have lost their lives in the battle against armed poachers and loggers while wildlife trade seems unstoppable.

Marine Conservation
The ocean, a liquid, shapeless, blue substance that covers 71% of the Earth, takes on overriding importance in the 21st century. However, there is still so much to be discovered. At present, the world’s fishing resources are being fast consumed and depleted; corals are disappearing. Marine conservation has become an urgently pressing matter at hand.

Paradise Products
We help farmers tap into local ecological resources, farm by eco-friendly approaches, and market their quality eco-products so that they can earn more money and live better lives. In the meantime, we also aim to explore a new path towards sustainability and make the profits of eco-products covering the management costs of Nature Reserve.

What is Super V?
We called upon them to venture out into our protected areas and to demonstrate a reconnection with nature. In this sense, Super V is and will never be limited to one person or a group of people. Everyone can be made a Super V.

Pingwu County is well-known for sheltering giant pandas. The Old Creek is China's first nature reserve that was established and managed by private, nonprofit organizations.

The Old Creek Nature Reserve (hereinafter referred to as "the Old Creek"), formerly a state-owned forest farm, is the first land-trust nature reserve founded in China, covering an area of 110 km2. When a natural forest conservation program was rolled out nationwide in 1998, logging was prohibited in the area, making it necessary to consider a balance between conservation and livelihood development.

In September 2011, a group of entrepreneurs who were enthusiastic about public welfare joined efforts to build a Sichuan West Nature Conservation Foundation, SWNCF (currently ‘Sichuan Paradise Foundation'), an agency dedicated to providing ongoing financial support for local conservation efforts. SWNCF entered into an agreement with the Pingwu County government in 2012 for the placement of the land in the foundation's trust for a fifty-year period, paving the way for SWNCF to exercise managerial authority over the land. In 2013, SWNCF managed to make the land a county-level nature reserve, and in the following year, established the Old Creek Nature Reserve Conservation Center, a localized agency that took in the staff of the former forest farm and brought the land under long-term protection and management. 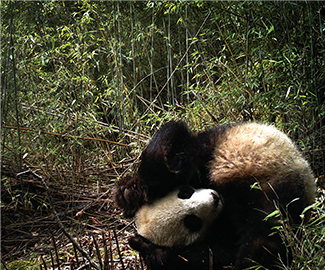 In its adherence to both evidence-based conservation and community development, the Old Creek Nature Reserve explores possibilities for sustainable management.

By the time the Old Creek started to be established, the Conservation Center had already joined with several research institutes and universities to carry out detail-oriented baseline surveys on wildlife resources in the Old Creek, report on wildlife diversity, select 8 main conservation targets (giant pandas and their habitat, the mountain stream ecosystem, evergreen and secondary broad-leaved forest, forest ungulates, Asian golden cats and other large and medium-sized carnivores, golden snub-nosed monkeys, alpine shrubs and meadows), and to identify major existing threats, based on which conservation resources, as well as monitoring for scientific research, would be properly allocated. 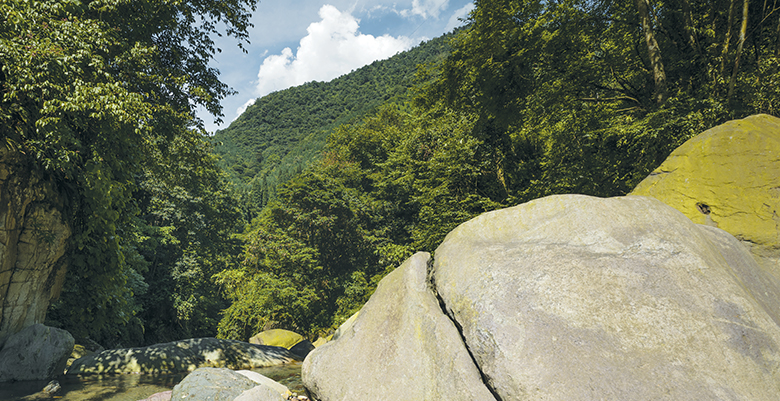 This is the historical range area of the Xiaoliang Mountain giant panda population. It is also home to other rare species, such as takin, Sichuan partridge, and dove-trees. Currently, the area is placed in a private nonprofit organization's trust as authorized by the county-level nature reserve.

This is the historical range area of the Xiaoliang Mountain giant panda population. It is also home to other rare

species, such as takin, Sichuan partridge, and dove-trees. Currently, the area is placed in a private nonprofit

organization's trust as authorized by the county-level nature reserve. 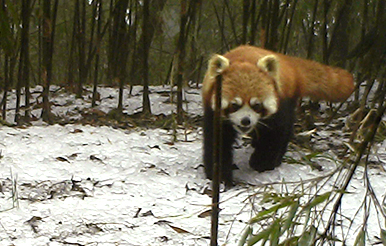 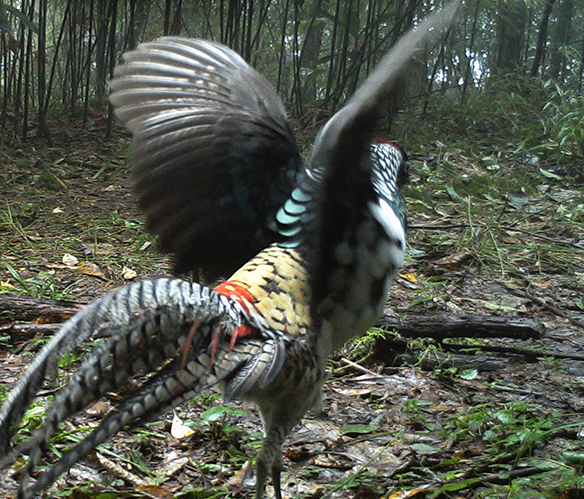 175 km2, placed in our trust as part of the 1,054 km2 Xianghai National Nature Reserve on the Songnen Plain, one of China's priority regions for biodiversity conservation, under the jurisdiction of Tongyu County, Baicheng City, Jilin Province.

This is a partial land trust at the national level. 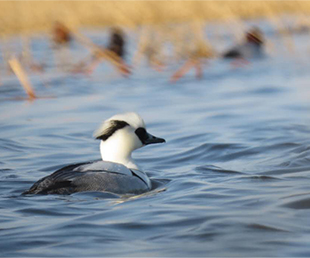 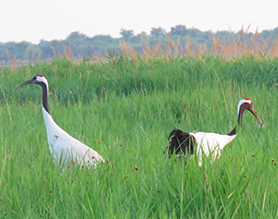 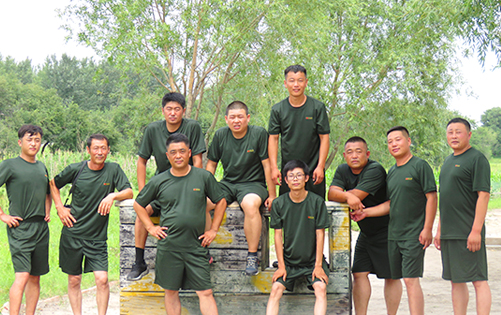 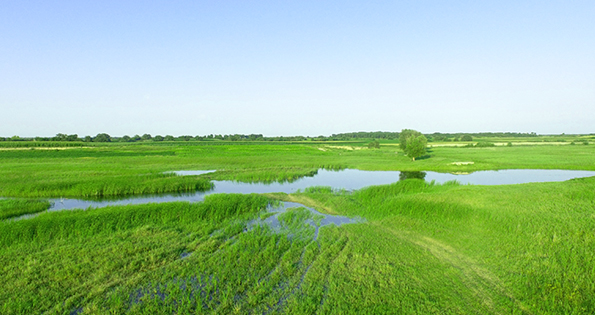 Xianghai is an important breeding ground for migratory birds, serving as a key rest stop during migration. It is rich in biological resources: Recorded to date are 293 bird species in 132 genera, 53 families and 17 orders, of which 10 are national Class I protected species. Of the world's merely 2,000 red-crowned cranes, as many as 200 may come to breed here. The area also boasts of diverse landscapes. A crisscross of dune ridges and swales gives rise to four types of habitat: interdune elm woods, prairies, reed marshes, and lakes. Unfortunately, in a worrisome state of conservation, Xianghai is undergoing a serious degradation of natural resources. On the one hand, the conservation input made available is too limited for such a huge expanse of land to be conserved. On the other hand, the complexity of the land ownership involved allows for excessive human activity, posing tremendous challenges to its conservation management.

In 2015, with the support of the Jilin government, the Tongyu County government launched a two-year relocation project, aiming to completely move the farming community and farms from inside the core zone to outside the nature reserve. As per a three-party agreement we signed with the Tongyu County government and the Xianghai Nature Reserve Administration, the 175 km2 core zone was placed in our trust for 30 years, under the supervision of the two other parties.

To perform our management duties, we financed the founding of Tongyu Xianghai Conservation Center, a private, non-corporate organization which was registered with the Tongyu Civil Affairs Bureau in January 2017. 40 km2 under the jurisdiction of Huangshan District, Huangshan City

This is a provincial-level land trust.

The 40 km2 Jiulongfeng Protected Area is located west of the Huangshan Scenic Area, consisting of the provincial Jiulongfeng Nature Reserve and the Yanghu Lake Protected Area. It is home to 35 national key protected animals, including five Class I species, and three of them are cloud leopards, tufted deer, and Elliot's pheasants. Some critically endangered species can also be found in the area, such as the Chinese wild pangolin and giant salamander and the yellow-headed box turtle, in addition to 50 of Anhui's provincial key protected animals and 190 species nationally recognized as beneficial or having high economic and scientific value to humanity (including 5 insect species). The Yanghu Lake Protected Area marked the first effort of the kind Alipay has undertaken under an online environmental initiative called Ant Forest. More than 1.6 million Internet users across China either viewed or supported the cause 8 days after it was put online.

However, the protected area has been troubled with frequent human activity and the severe fragmentation of the surrounding natural forest; the incidences of logging and poaching remain rather high as well. Local communities rely heavily on natural resources (tea, herbs, hunting, etc.) to live by. Despite a great number of measures taken against these problems, logging and poaching persist. On top of all these is unauthorized fishing, including explicitly prohibited means to fish by poisoning and electrification.

In March 2018, we signed a cooperation agreement with the Huangshan District government and thereby were entitled to the entrusted management of the Jiulongfeng Protected Area for a term of 50 years. With our help, Green Anhui, a local environmental organization, established a Green Anhui Conservation Center in Huangshan District, Huangshan City, as an administrative body for the routine operation and management of the protected area. 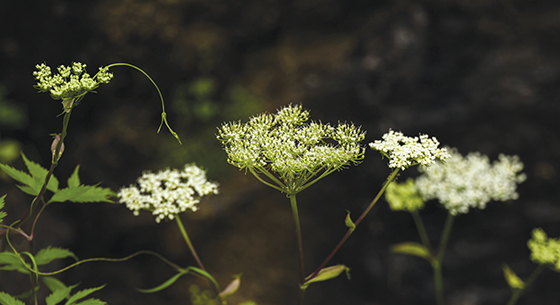 This is a protected area established in our trust as authorized by the state-owned forest farm to achieve a balance between conservation and community development.

The Shennongjia Forest District government placed the 85 km2 state-owned forest in our trust. The major conservation targets identified in this area are rare species such as dwarf musk deer, black bears, dove trees, and Chinese yew. There are 6 communities around the protected area, and the villagers make earnings by gathering herbs and raising cattle, among other livelihoods, inside the protected area, exhibiting quite a conflict with conservation. Based on rigorous conservation measures, the Taiyangping Conservation Center will identify sustainable resources to allow for the local communities to benefit from their sustainable use while supporting conservation efforts.