Africa has the world's richest wildlife resources; however, wildlife trade is still rampant there although it is illegal. Every year, many rangers sacrifice their lives fighting against armed thieves and poachers. A survey in 2016 showed that in Africa, 82% of the rangers’ lives were at risk while on duty, and more than 60% of the rangers were directly attacked by poachers. In 2006-2016, at least 1,000 rangers died protecting wildlife. （*Source: https://www.worldwildlife.org/publications/life-on-the-frontline-2018 ）On July 21, 2017, Jack Ma announced that the Alibaba Foundation together with the Paradise Foundation would set up a 10-year African Ranger Awards program to support 50 wildlife rangers in Africa per year. Each recipient will be awarded US$3,000.

The African Ranger Awards seeks to raise awareness in the world about the need to conserve Africa's wildlife, emphasizing the critical role that front-line rangers play in conservation. By sharing those real-life stories, this award aims to help stem the current decline in Africa's wildlife populations.
Under the 10-year African Ranger Awards program, 50 African front-line wildlife rangers will be officially recognized each year. Each winner will be awarded US$3,000. 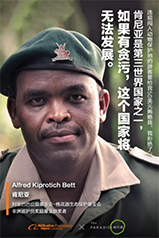 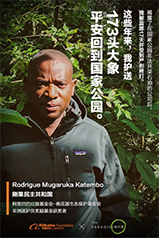 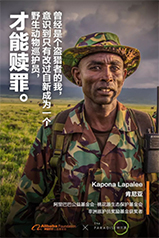 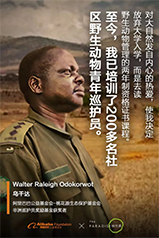 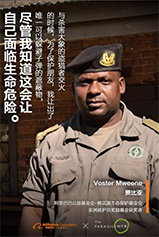 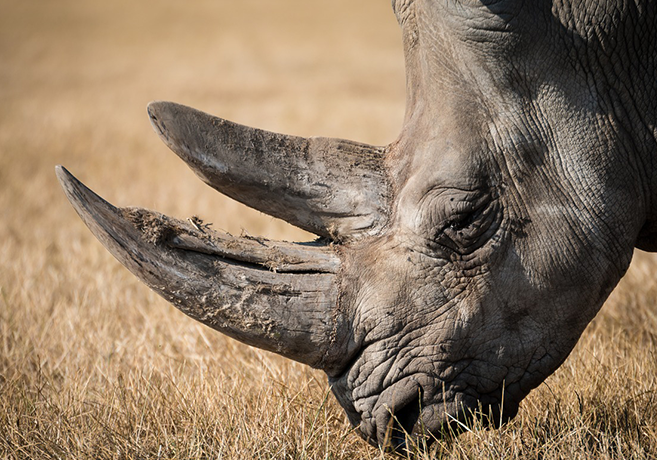 Nominations to the 2019 African Ranger Awards To prevent hurt to wildlife, I’ve become an undercover intelligence officer and have succeeded in getting 41 kilograms of ivory products confiscated and 14 middlemen and dealers arrested. As a ranger of the Mara Elephant Project, I am often threatened by criminals released from prison.

Undercover, his face or name not to be exposed 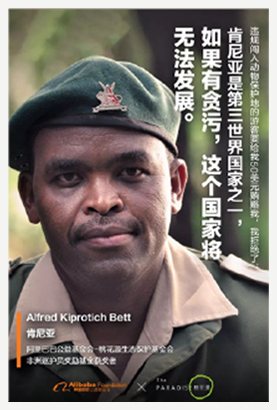 The tourist who trespassed on the conservancy tried to bribe me with 50 dollars, and I refused to take it. When I exposed the companies that pumped oil illegally in the national park, I was imprisoned for 17 days and severely tortured. 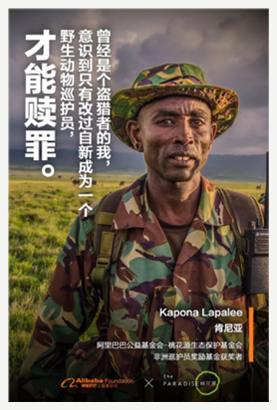 Once a poacher, I had realized that only by turning over a new leaf and becoming a wildlife ranger could I atone. My heartfelt love for nature made me decide to give up admission to college and sign up for a two-year certificate program in wildlife management. 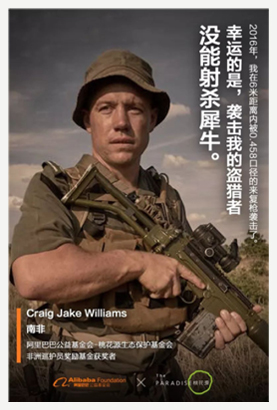 In 2016, I was shot by a .458 rifle within a radius of 6 meters. Fortunately, the poacher who attacked me failed to kill the rhinoceros. Every time a lion loses its life, I feel that I have lost a family member ... I have formed a team of warriors to protect the lions. I am very proud that I am the first female ranger in Tanzania National Parks and am the only female worker in Udzungwa National Park. When I was exchanging fire with those poachers who had killed the elephant, I gave up the only shelter to protect my friends, although I knew it would put my life at risk. 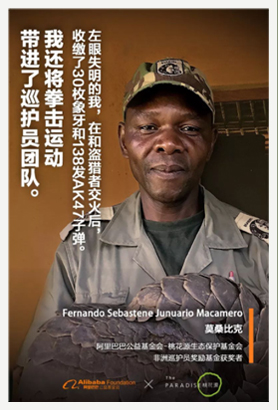 Blind in the left eye, I managed to confiscate 30 ivories and 138 AK47 bullets after a shootout with the poachers.